Different civilizations ruled in Cyprus for ages. It is an island occupied by neighbour countries from time to time, especially due to its strategic location, is still an island desired by most countries. The first remains of life in Cyprus date back to 7000 BC, and the first impressions are from the Neolithic period. There are ruins from the past to the present. Among these remains are the materials used at that time such as stone vessels, jewellery, axes, knives. These ruins are displayed in various museums today.

There was a Catholic Age between 3500 and 2300 BC. Copper was most commonly used in this era. Since its use was unknown, it was used as a copper cutting tool at that time. Traces of this age can be found in Değirmenlik and Lapta.

The Bronze Age was dominant between 2300 and 1050 BC. The Bronze Age started when people learned to produce bronze at that time. This age is divided into 3 within itself. It is called the old, middle and young Bronze Age. Among the most important ruins of the Bronze Age are Tumba Tu Skuru Tombs, Enkomi Temple, Pigades Temple.

Iron Age prevailed on the island between 1050 BC and 395 BC. Instead of bronze, people began to use tools made of iron. Iron Age is divided into Geometric Period, Archaic Period, Classical Period, Hellenistic Period and Roman Period.

The Classical Age was taking place between 475 and 325 BC. The island, which ended Egyptian sovereignty and came under Persian rule, was connected to the island Alexander the Great after Alexander the Great defeated the Persians in the Battle of İssos.

The Hellenistic Age dominated the island between 325 and 58 BC. In this period, theaters, baths, sculptures, king tombs began to be built. After the death of Alexander the Great (318 BC) King Ptoleme began to rule in Cyprus.

The Roman Period was taking place between 58 BC and 395 BC. The island was taken over by the Roman Empire by Commander Marcus Porcius Cata. Cyprus was ruled by governors at that time. St. On the other hand, Barnabas started to spread Christianity on the island. In this era, structures such as theatre, stadium, aqueduct and Turkish bath were built.

The Byzantine Period was taking place between 395 and 1191 AD. The city of Salamis, which was ruined by earthquakes, was restructured in the years of the Byzantine emperor Constantius (337-361) and named Constantia. Also during this period, St. Peter's island Hileron, Bufavento and Kantara Castles were built. King Richard I of England, who was on the Crusades during the fall of Byzantium, took Cyprus. However, due to the riots and war expenses that occurred in that period, he sold it to Templar Knights for 100.000 gold.

The Lusignan Age is between 1192 and 1489. In this period, Nicosia became the capital. Taxes started to be collected from the public for the development of the island. During this period, a large amount of expenditures were made for the development and defence of the island. Magnificent palaces, chapels, mansions, churches were built in the Lusignan Age. The Genoese, on the other hand, wanted to rule the whole island and settled there only by coming to Famagusta. In the years that followed, the Venetians dominated the island as a result of the struggles of the Papacy and the Italian city-states.

The Venetian Period is between 1489 - 1570. King of Cyprus II. With the death of Jacques, Queen Caterina Cornaro, who ruled Cyprus for 5 years, handed over the administration to the Venetians. After the island was given to the Venetians, they had difficulty managing the island of Cyprus, although Cyprus was ruled by 1 military governor. The earthquakes, diseases and natural disasters that took place in 1491 made Venetian administration difficult. After the events, in the time of King Janus, 8,000 Duka Gold taxes were paid to the Egyptian Mamluks.

The Ottoman Period is between 1570 - 1878. Yavuz Sultan Selim conquered Egypt in 1517. Then he made an agreement with the Venetians in Damascus. Under this agreement, 8000 Duka Gold taxes that are given to Egypt will now be given to the Ottomans. In this case, Cyprus is officially tied to the Ottoman Empire, but the Venetians remain the owner of the island.

The pirates undertaking in Cyprus attacked and looted ships harboring trade and pilgrims passing through the region. II. During the period of Sultan Selim, when the people of Cyprus applied to the Ottoman Empire, Şeyhül İslam Ebussuud Efendi publishes a fatwa for conquering Cyprus on the grounds that they did not make the commitments made by the Venetians. On July 2, 1570, the Ottoman Army conquered Limassol. Tuzla was taken on July 4, 1570, Girne Castle on July 9, 1570,

Nicosia on September 9, 1570 and Paphos on September 12, 1570. Then Famagusta is surrounded. Although they resisted at first, Famagusta was conquered on August 1, 1571, and the island completely passed to the Ottoman Empire. In the future, people from Anatolia are brought to Cyprus to increase the population of the island. 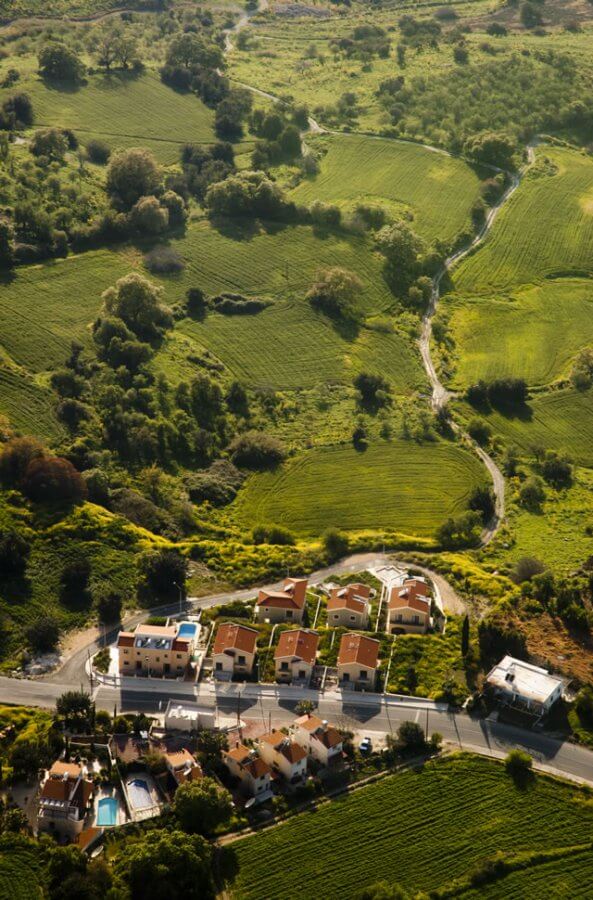 The Ottomans built many artistic buildings such as inns, Turkish baths, mosques, mosques, lodges, libraries, fountains and aqueducts. In addition, they restored the old structures. Britain signs a secret agreement with the Ottoman to help the Ottomans against the Russians. After the treaty, the management of the island is left to England temporarily. During his stay in Cyprus, Britain agrees to pay 22936 pouches of gold for the first year and £ 92799 for the second year. Thus, the Ottoman Empire, which lasted over 300 years in Cyprus, ends temporarily.

The British Colonial administration was between 1878 and 1960. The Greeks who lived on the island at that time wanted to connect the island to Greece by revolting in 1931 with the support of Greece. The Greeks, who could not realize the Enonis plan, established the terrorist organization "EOKA" in 1953. EOKA, which was commanded by Grivas, stated that on April 1, 1955, it declared Turkish and British citizens as enemies and destroyed them from the island and their only goal was to unite with Greece. Many innocent people have lost their lives for the sake of Enonis.

The Turkish Cypriots felt the need to be protected against increasing violence, and established the Turkish Cypriot Strength Organization (TMT) on August 1, 1956. TMT had successful attempts to prevent Cyprus from connecting to Greece. With the increasing violence trends in Cyprus, Britain tried to make an agreement on "Self-Goverment" with Makarios and Greek Leaders. When the agreement was not accepted, Makarios and Kipriyanu were exiled. Britain, together with the Turkish and Greek sides of Cyprus, Turkey, Greece has proposed and managed by the British public. Although this proposal was rejected on the Greek side, the UK implemented the plan. Actually in the October 1, 1958 and is seated at the negotiating table with the inauguration of Greece formally Representative in Turkey.

July 20, 1974 in accordance with Article 4 of the Treaty of Guarantee was found to prevent the destruction done for Turkey against the Republic of Turkey to intervene. Following this intervention, the Autonomous Turkish Cypriot Administration was established on October 1, 1974. On February 13, 1975, the Turkish Cypriot Federated State was declared and Rauf Raif Denktaş was appointed as the President.

As a result of the negotiations made after 1984, on 15 November 2002, UN Secretary General Kofi Annan came to Cyprus and took steps to solve the Cyprus problem.

After 23 April 2003, the gates between the South and the North were negotiated and departures and arrivals were provided.